Sometimes the best kind of trip is the kind right in your backyard. Last weekend I took one of those mini-vacations up to Alpine Valley in Wisconsin to hit the slopes. And to be honest, the reasoning behind it is pretty ridiculous…

Over the summer a sporting goods store was closing down and if you know me, you know I can’t resist a good sale 😉 Everything was 70% off! How could anyone resist that?! Well anyway… I ended up buying an entire North Face snow suit in the middle of summer. So this trip was solely to force me to use my crazy, impulse purchase.

I used to snowboard a loooong time ago. I knew it would be like starting from scratch, but I had to stick with my good ol’ snowboard instead of opting for skis this time. My body regretted that decision for the next few days, but it was still a blast. After all of those painful falls, I have 3 tips for beginner snowboarders:

1. Loosen the drawstring INSIDE your boots before putting them on.

I did not do this. Or realize this was even a thing. Which led to me taking 20 minutes to put the boots on and thinking my ankles were going to break in half just to get the darn boots on. Just loosen everything. Everything you can find. You don’t want to break anything before you even start. 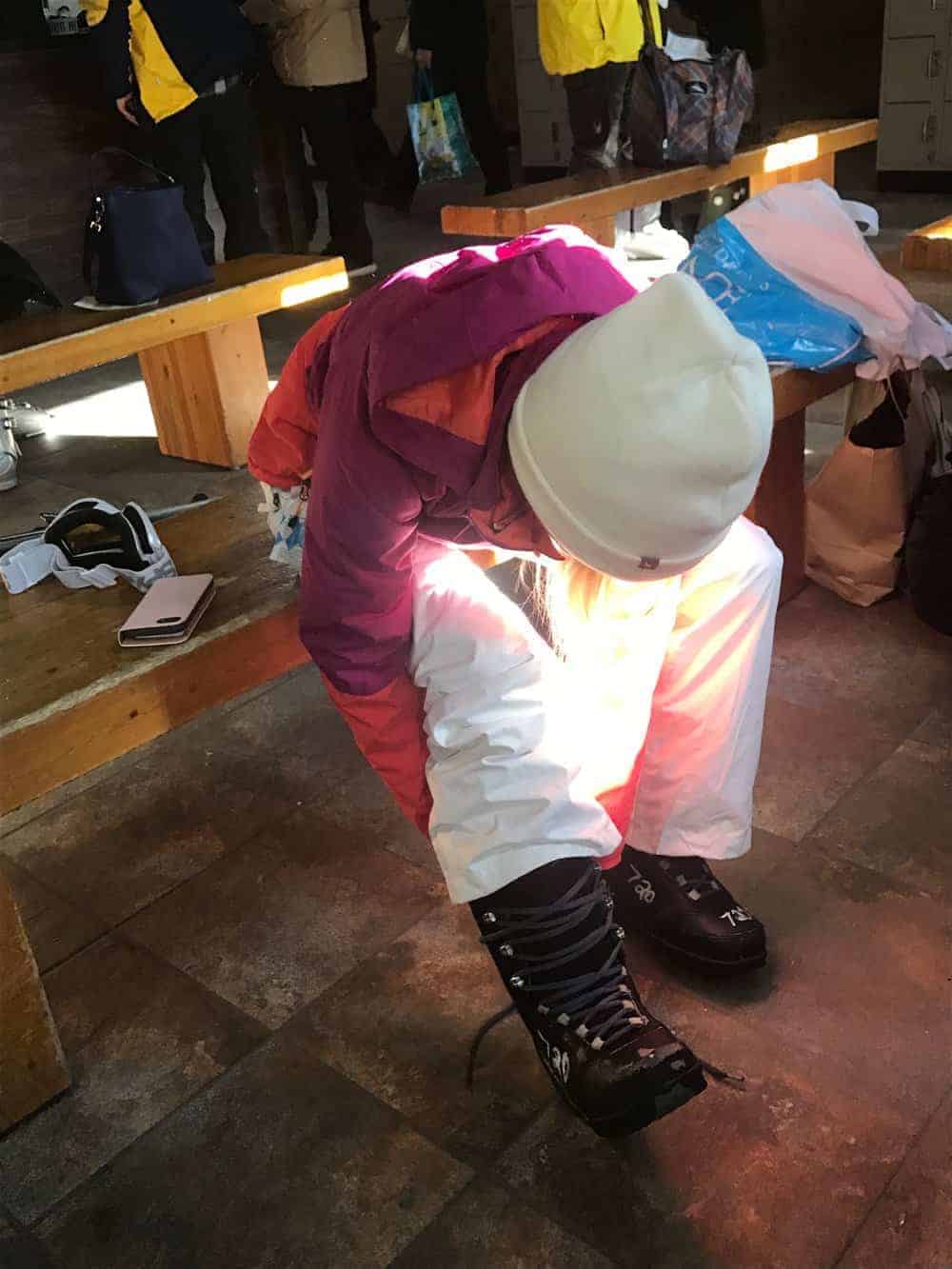 This was something I did NOT do when I first started snowboarding. Which means every single time I reached the end of the hill, I also gained a bruised tailbone. This time I did not make the same mistake. I learned how to switch between goofy (the way I ride, left foot forward) and regular (right foot forward) in order to easily slow down and stop. DO THIS. Trust me.

I stayed on the green hill for a while, but once I learned how to stop I gained the courage to try a blue. This was the first level up where you had to take an actual lift. First of all, lifts can be pretty terrifying. How is it ok to be up in the air and not buckled in? It doesn’t really make sense to me. But anyway, once I got to the top of the hill and looked down I completely regretted it. But I went for it anyway. The first time down that slope was a little rough, but better than expected. The next time even better. The next time I actually felt GOOD. You are going to have falls that hurt and you are going to feel embarrassed, but don’t give up. Because once you get the hang of it the feeling is so amazing as you go down the slope.

So this snowboarding kick may have started because of an snowsuit I bought, but after this trip I have already planned multiple others this season. It is totally worth it and you all should go for it! And don’t opt for the skis. We all know snowboarders are the cool kids 😉

You may also enjoy: